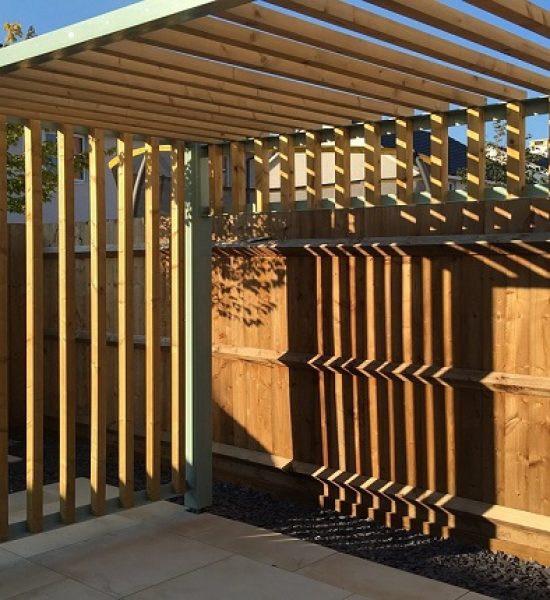 No garden would be complete without floral decoration in the form of an arbor, pergola, or a gazebo. However, for some reason, homeowners rarely decide to include all three structures in their garden, which is solely related to their function. Namely, they each go well with certain elements in the garden and if you lack those, then you can say goodbye to these decorations. For instance, a yard without a door or any other type of entrance simply lacks the supporting structure needed for an arbor. What about the other two, what features do they go well with?

If the word “arbor” reminds you of an arch of some kind, your feeling is correct. It is basically a rudimentary support structure for climbers of all kinds. Its frame can either have an arch or its angles can be straight, depending on the landscape that it is being used in. Like we said earlier, it is usually placed at entrance ways that could have a gate but this is not necessary, since an arbor is not a security feature, rather a decorative one. Whichever surroundings it is introduced into, it soon becomes a cornerstone piece due to the picturesque colors of the climbing plants, like morning glories or rambling roses.

The material most frequently used for the construction of the frame which makes the very essence of an arbor is usually wood, although there are metal arbors, mostly used at wedding ceremonies. These are usually without any vegetation, as cloths and ribbons are used to decorate them. Although arbors look really nice in any garden, they do require space and a lot of maintenance, so they are not practical for small gardens and people who are not green thumbs. Also, it offers virtually no protection against the sun, since its top part is super narrow.

A typical pergola is made from wood and it is much wider than an arbor, allowing for more vegetation to grow on it. Depending whether it has an open top or it is covered, it offers excellent protection against sun rays. It is usually adorned with vines, which renders it an excellent decoration and chill-out zone for any garden as it is wide enough to fit a bench for two underneath it.

They started as freestanding objects but today covered pergolas that are attached to the house, i.e. the patio, are becoming increasingly popular. Such shade pergolas are practical in several ways, because they convert a patio into a garden area, protecting it from the sun and decorating it at the same time. Secondly, it is much easier to erect a pergola that is attached to a wall of the house since it can withstand higher loads. A pergola is also convenient because it can be of any size, so it fits any backyard. The wooden support columns are its most important part so they need to be stable and precisely carved.

If a pergola can be leaned against the house and function as its attachment, a gazebo certainly can’t. It is exclusively a freestanding, full-scale building that has to be constructed deep inside your garden. It is sizable because it usually houses the garden furniture set with no less than a table and four chairs, so there are no minuscule gazebos. That is why it’s more intricate to build and it takes time to maintain it properly. It features a proper roof that is usually made from wood and its octagonal design requires a lot of pillars to support the roof.

A gazebo is really a luxurious garden feature as its size makes it ideal for parks across the globe. They come in all shapes and sizes, as there are even house gazebos and those made from stone to replicate Greek and Roman architecture. The ones designed for home use are less complex but still require a lot of timber, shingles, and man-hours to complete. Before constructing a gazebo, you need to check the local building code as the law in many places sees them as proper object, so you might need to get a building permit.

In the end, deciding between an arbor, a pergola or a gazebo comes down to their basic function: protection against the sun. They are all beautiful and can be adorned with climbers but they need to be useful as well. An arbor offers little protection against the sun, while you can spend the whole day inside the gazebo without seeing the sun once. However, the gazebos high construction cost renders it impractical for most garden, so a pergola is really the “best buy” option from all three. It is simple enough to erect and has sufficient room several people to fit underneath it.

This div height required for enabling the sticky sidebar